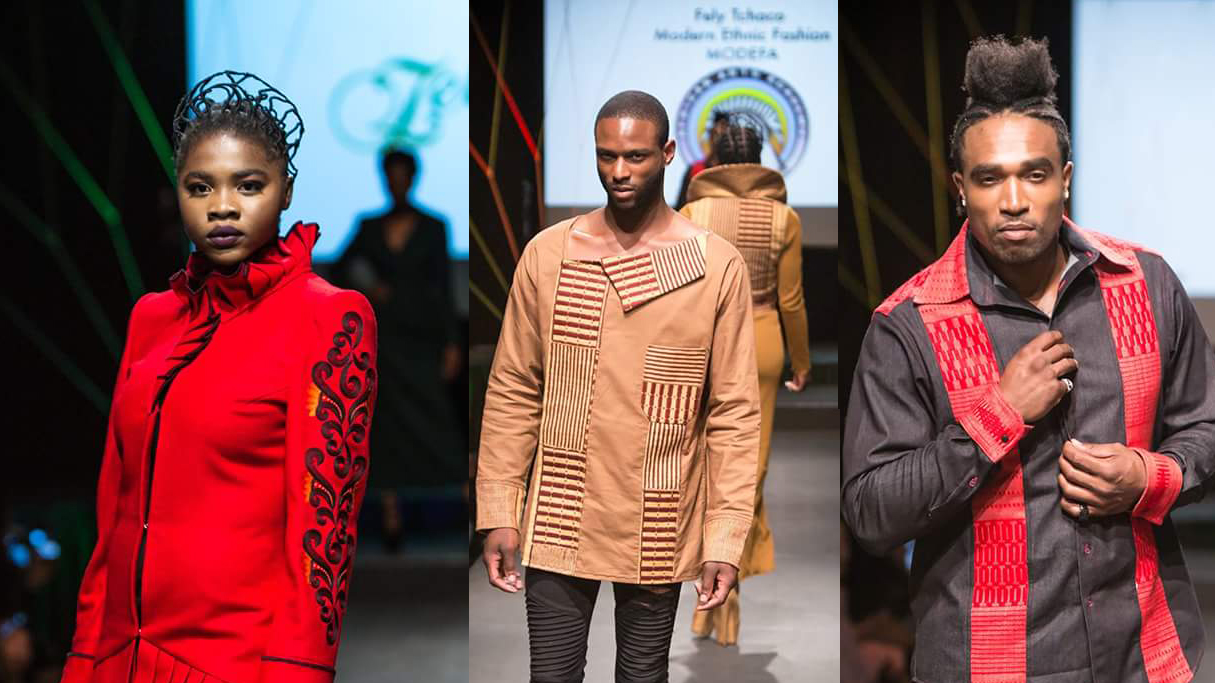 On June 18, 2022, African Arts Academy will hold MODEFA, a fundraiser, at the Green Room on the second level of the War Memorial Veterans Building in San Francisco. MODEFA (Modern Ethnic Fashion Show & Mixer) is an initiative to promote the funding of San Francisco-based art organization African Arts Academy specializing in the traditional and contemporary performing arts, and instruction of arts and crafts originating in Africa and the African Diaspora.

MODEFA (Modern Ethnic Fashion Show & Mixer) was officially produced for the first time on August 3rd 2013 at the Museum of the African Diaspora in San Francisco California by FELY TCHACO.

MODEFA has became an annual charity event that showcases an exciting melange, of all ethnically inspired blending cutting-edge haute couture, fashion runway show that features the work of designers of diverse ethnic background from around the globe. The producer FELY TCHACO thought it was time to establish diversity in the modeling and fashion industry in oder to celebrate cultural diversity. As a model herself, she had difficulty finding jobs in the industry due to discrimination towards black folks. The event includes a exclusive VIP reception, live entertainment, awards giveaway, beautiful art showcase, silent auction,  panel discussion, and more. MODEFA has always put a spotlight cultural diversity, in the celebration of International Ethnic Day. MODEFA is a charity benefit event that promotes arts, and peace.

A San Francisco native, born and raised. Colleen Quen hails from the Fourth generation of Chinese American Immigrants, Colleen’s charming Atelier is privately tucked away on one of the highest San Francisco hills called Telegraph by Coit Tower.   Colleen specializes in Haute Couture fashion and is also an incredible visual artist. She is one of the pride of the San Francisco Bay Area. Coleen’s work is known through her community locally as well as internationally.  She is inspired by her global cultural influences from her Eastern Spiritual heritage, her American upbringing and French couture education which lead to her International Museum commissions, Ballet costumes and Private Clientele which are exhibited and worn all around the world.  Through her own words she said:
“Integrating my cultural experiences and life dedication to Couture and art it internally speaks to me with such pure clarity and intention. I am an optimistic poet, romantic sculptor expressing and creating each art piece with my heart and hands through the characteristics of fabric and the human spirit.   To be a creative vessel, educator and communicator for our planet through our Fashion Design.   My life mission in my work is to always bring forth a Universal message with honor to French Couture and the message of pure Beauty, Elegance and Style.”

Lou Zamble is the World Champion who won in 1989 the best prize in an international completion of a Professional Hair Stylist and designer in Cane, France. Lou Zamble is from the Gouro culture, born and raised in Ivory Coast, West Africa. Before relocating to the United States, Lou Zamble was the president of the Association of All Hair Stylists and Designers of her home country. Lou Zamble was also for a long period of time, the product manager, and head of stylists of the renowned brand name GARRO. She worked and has done hair for celebrity artists from her country. Zamble’s latest work can be seen in the music video of singer songwriter Fely Tchaco for her new album YITA released in early 2021. We are very happy to have her at MODEFA San Francisco this year!

Pauline Gibson is a multi-talented individual who is very passionate about everything she does. She is the founder of Empowered Africa, & Errand Angels. Pauline is also a  mompreneur, fashion designer, model, writer, TV Presenter, and certified Anti-Human Trafficking Trainer. She holds a Political Science degree, and another degree in International Relations. Spirituality, parenting, fashion, writing, relationships and lending her voice to the voiceless are foremost in her life.
Pauline considers fashion to be more than what people wear, fashion is one thing that has always played a key role in helping her overcome life struggles and challenges. As a little girl living in an abusive, hostile environment. She always hid in the back of the house, alone, looking at what passerbyes were wearing. She would rate their clothing and think of ways she could improve their outfits, often this included swapping clothes if there was more than one person. Pauline is a fashion designer, who started designing after having several visions of clothes. She still gets her inspiration from the clothing visions she sees. Pauline resides in the Bay Area with her family. She often spends her free time hiking, writing, designing clothes, cooking for her children, or dancing with her daughter.

Fely Tchaco is a visual artist as well as singer songwriter. Her love for fashion began at a very young age. In summer 92 Young Fely visited her uncle Wangni Paul who was a Taylor at a tourist coastal of Asuande in Abidjan Cote d’Ivoire. Her uncle gave her an outfit set she will never forget about. As she was inspired, and moved by his gift, Fely promised her uncle that she will one day be his model and walk in his clothes. But unfortunately, Fely’s uncle died unexpectedly before she could return to visit him again. “I believe that my uncle has passed down his talent unto me, it runs in the family,” said Fely.

Fely later on transformed her drawings into fashion drawings that she would send to Taylors to saw for her. Fely will also use her designs as a stage outfit for her musical concerts. Long after moving to the United States, Fely Tchaco produced her very first fashion show in 2010 at the Seahorse Restaurant in Sausalito California. In 2013 Fely produced her and launched for the first time in San Francisco an intriguing fashion show called MODERN ETHNIC FASHION on the SPOTLIGHT. That was where the all ethnically inspired fashion showcase began. It because a yearly event under MODEFA which stands for (Modern Ethnic Fashion). The event has grown to become one of the most well attended fashion shows in the San Francisco Bay Area to celebrate cultural diversity. MODEFA is a charity benefit on behalf of African Arts Academy an art ordination dedicated in the teachings of arts and crafts originated in Africa. 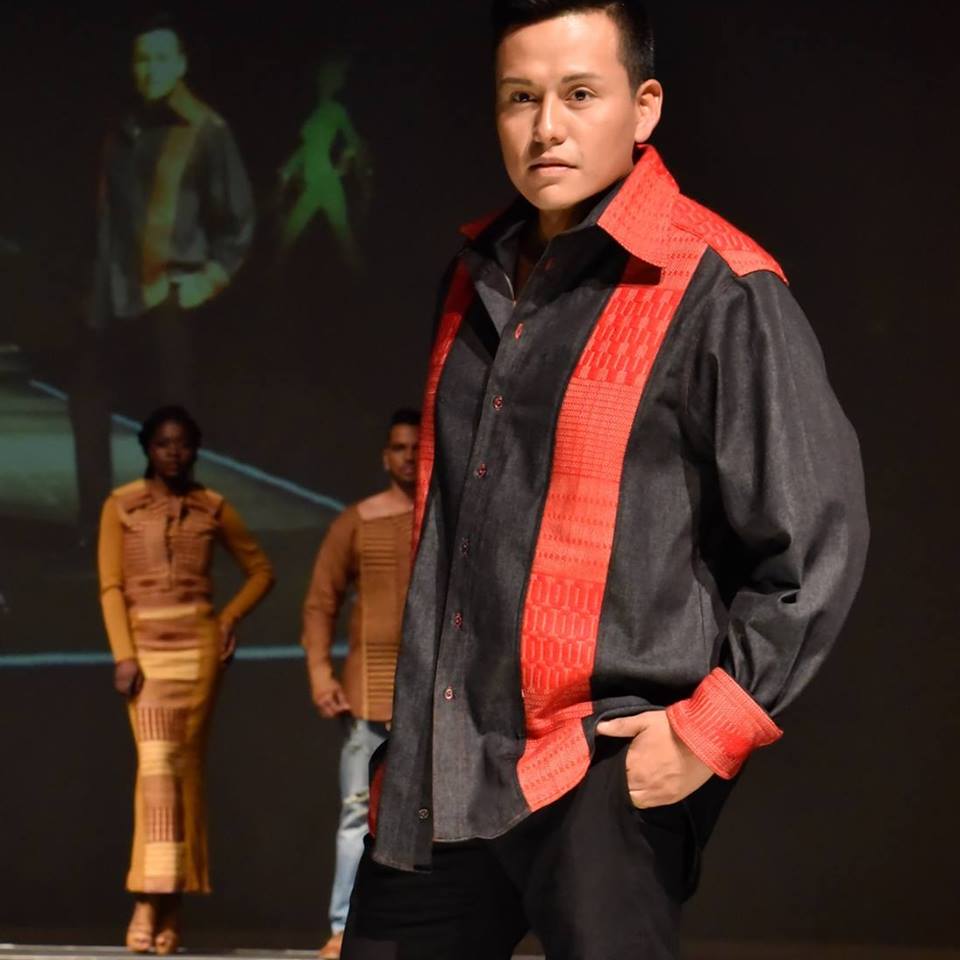 Feline Finesse is an all-female, youth dance company. They serve ages 5 to 18, and they specialize in the performing arts and community stewardship. They promote health and wellness. Physical fitness pertaining to social, emotional, and mental development.

On How Art is a Healer and Saves Lives!

Dana Cheatum was born and raised in San Francisco. She joined the Gamma Nu Chapter of the Iota Phi Lambda Sorority, Inc. in 2021. On her personal path, Dana learned what she knows about Trauma. As a result, she founded Total Women Empowerment Inc. (TWE), a group inspired by Dana’s life experiences, enthusiasm, and determination. Dana grew up in a dysfunctional household. She was subjected to physical, sexual, and psychological torture, and at the age of 18, she was serving a life sentence for second-degree murder.

Born in Memphis, Tennessee; Courtney Ellington served in the United States Army from 2000-2010. During that time, she worked as an Electronic Maintenance Tech, Recruiter and Trainer for new enlisted soldiers. Additionally, in 2003 she represented African American women in a nationwide photo shoot for military women. Ellington has received many awards and accolades for her work and community service. She became the President of Business and Professional Women in Nashville TN and helped to pass the law to extend maternity leave. She graduated from Nashville Film Institute and became an International Film Contest Winner. Later, she received her audio engineering and music business degree. Ellington has managed an award winning gospel artist. She also continues to organize and promote successful events. Ellington has a B.A. in Technical Project Management and is currently working on her Masters Degree in Business Administration.  Ellington has always been an entrepreneur and leader in the community. Ellington is currently the CEO of OneVet OneVoice, 1st Vice Commander of American Legion District 8, Commander of Post 333, and just got appointed by the Mayor as a Veteran Affairs Commissioner. Throughout this pandemic, Ellington has helped multiple Veterans with job placement, clothing, training, and supportive services. She is aware that her talents are true blessings and is very humbled. Out of all the amazing things she gets to do daily, besides helping veterans, her favorite job is being a loving wife and a mother to her wonderful children. Ellington is well rounded when it comes to diversity. Her goal is to promote economic justice and equality.

Courtney Ellington was recently sworn in as the Commissioner of Veteran Affairs. Mrs. Courtney Ellington was appointed by Mayor London Breed of San Francisco and received support from City Assessor Joaquin Torres, Commissioner Hanley Chan, Commissioner Barnickel, Teresa Lai, founder of ACICEC, Warren Publishing, former DAV National President Delphine Foster, Leanna Louie, Sharon Lee, president of the National Coalition of 100 Black Women, and many others.  We are honored to have her as one of our featured guest Speakers at MODEFA SF 2022!

6:30 PM – ModVation Talk Art is a Healer and Saves Children

Help to Support Our Programs

Are you concerned about violence in schools that threatens our kids in the most vulnerable communities? Would you help save children by keeping fun art activities during after school programs? If I tell you that you could help bring a significant difference today, would you believe it? Join our enthusiastic supporters of African Arts Academy to help us save children for a better future in the San Francisco Bayview Hunters Point.